(CNN)The University of California has voted to restore affirmative action in hopes of diversifying its student body.

The unanimous decision was reached by the school’s Board of Regents on Monday, nearly 24 years after it was outlawed by Proposition 209, which banned the consideration of race and gender in admissions in California.By voting, the university endorsed its repeal.

The board also voted in favor of an amendment which would repeal Proposition 209 and provisions prohibiting the state from granting favorable treatment to anyone on the basis of race, sex, color, ethnicity, or nationality.”There is amazing momentum for righting the wrongs caused by centuries of systemic racism in our country. The UC Board of Regents’ votes to endorse ACA 5 and to repeal Proposition 209 plays a part in that effort,” Board Chair John A. Pérez said in a statement.Read More”As we continue to explore all the University’s opportunities for action, I am proud UC endorsed giving California voters the chance to erase a stain, support opportunity and equality, and repeal Proposition 209.”In a news release, the board said Proposition 209 challenged the university’s efforts to create and maintain a student body that “reflects California’s laudable cultural, racial, geographic and socioeconomic diversity.”A demand for diversity on college campuses The goal of affirmative action in US colleges and universities is to eliminate discrimination in the admissions process by recruiting and providing incentives for groups, like minority students and women, who have been historically excluded from leadership positions in American society. 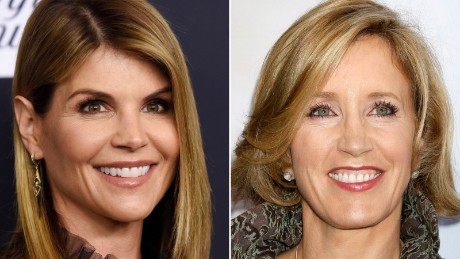 The college admissions scam opens a new front in the affirmative action debateAffirmative action refers to a set of policies and laws intended to combat that discrimination while promoting diversity in schools and workplaces. Supporters say it levels the playing field, promotes a healthy multicultural society and helps compensate for centuries of racial, social and economic oppression. Detractors argue it’s a form of reverse discrimination that favors one group over another based on racial or gender preferences instead of academic achievement. California is one of eight states which have banned race-conscious admissions practices.”It makes little sense to exclude any consideration of race in admissions when the aim of the University’s holistic process is to fully understand and evaluate each applicant through multiple dimensions,” UC President Janet Napolitano said in a statement. “Proposition 209 has forced California public institutions to try to address racial inequality without factoring in race, even where allowed by federal law. The diversity of our university and higher education institutions across California, should — and must — represent the rich diversity of our state.”The state Assembly approved Assembly Constitutional Amendment 5 (ACA 5) on Wednesday 60-14. The legislation is now in the state senate where it must also pass with a two-thirds vote by June 25.

If ratified, ACA 5 will appear on Nov. 3 general election ballot, where it would need a majority vote to pass.In May, University of California Board of Regents also unanimously voted to waive ACT and SAT tests as an admissions requirement until 2024 to align their admission policies with “the broad-based values of the university.”