(CNN)Some of the nation’s top Latino leaders say it’s time to acknowledge — and fight — problems that have been overlooked for far too long: racism and colorism within the Latino community.

“We have failed to grapple with anti-blackness that exists in our own community,” prominent leaders of dozens of organizations wrote in an op-ed published in The Miami Herald and posted Tuesday on a website, somosforblacklives.com. “We have remained silent when our tias have encouraged us to partner with people who have lighter skin than we do so we can mejorar la raza (improve the race). We have hated ourselves for our skin color, hair texture, our curves and our accents,” the letter says.

“Our faith traditions, the schools we attend, the families we love, the music we listen to are anchored in blackness and our indigenous roots, but we obscure that with whiteness.”The letter comes as protests over the death of George Floyd, an unarmed black man in Minneapolis, have spurred institutions and groups across the US to examine the ways racism is embedded in their own organizations. Read MoreThe Herald’s headline accompanying the letter reads, “Latinos must acknowledge our own racism, then we must pledge to fight it.” Its more than 40 signatories comprise leaders of civil and immigrant rights organizations, political advocacy groups and community organizations, including American Civil Liberties Union Executive Director Anthony Romero, United We Dream Executive Director Cristina Jimenez, Hispanic Federation President Frankie Miranda and League of United Latin American Citizens (LULAC) CEO Sindy Benavides. 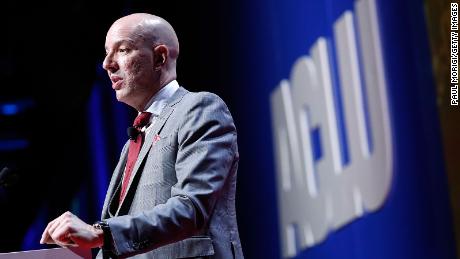 Anthony Romero, executive director of the ACLU, is among the letter’s signatories. The issue of racism within the Latino community has come up before.But the leaders who signed on to the letter this week feel like more needs to be done to address it head-on, according to Denise Collazo, a co-author of the letter and senior adviser for the advocacy group Faith in Action. “We felt like at this moment there’s an important need to call out some of what does exist in our own families. … It needs to be called out and it needs to stop,” she told CNN. “We’re looking at what does it take to build, real, authentic multiracial partnership? Because everybody talks about it, but it doesn’t happen very much.” Some Latinos identify as white. And about a quarter of Latinos in the United States identify as Afro-Latino, Afro-Caribbean or of African descent with roots in Latin America, according to the Pew Research Center.”It gets talked about in public as this either/or. You’re Latino or you’re black. That’s not how it is,” says Collazo, who’s also working on a book that she says will include a chapter about anti-blackness in the Latino community.”A lot of times, especially for Latinos like me…who present as light-skinned, there’s a certain amount of privilege that comes with that,” she says. “And it doesn’t always get named.”In addition to calling for greater acknowledgment of racism, the leaders’ letter outlines a series of plans for next steps moving forward, including:

Collazo says the letter marks a significant first step.”This is not just a statement,” she says. “All of these people who represent large organizations are making commitments to act.”