Swarovski, the crystal specialist, shows mostly friendly-looking teddy bears and roses, Disney characters, and adorable Zodiac animals on its sparkly website. But there’s one notable exception to the lighthearted vibe that permeates the crystal company’s offerings. It’s the detective more used to fighting crime in the dark than standing under focused lights so you can see him shine. 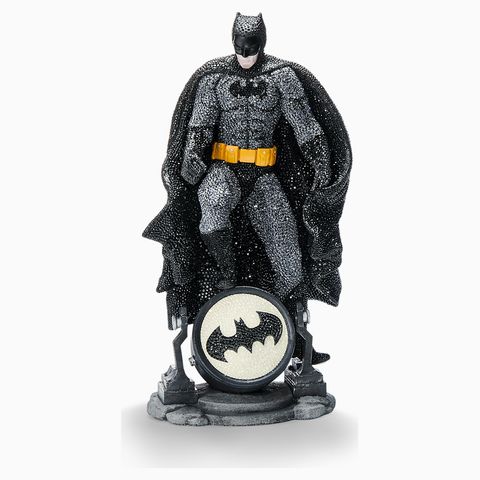 Yes, Swarovski has gotten into the Batman game, complete with two Batmobile options, as first reported by the i09 website.

Out of the Bat Cave


Here’s a First Look at the Badass New Batmobile

Both of the display pieces are based on what’s arguably the coolest Batmobile ever, from Tim Burton’s 1989 movie. As befitting billionaire playboy Bruce Wayne, these are not cheap display pieces with which to imagine the Dark Knight roaming the streets of Gotham City. The upscale limited-edition Batmobile version comes with rubber tires and polished metal details. It’s a decent size, 2.8 by 10.6 by 5.5 inches, but Swarovski is quick to note that it’s not a plaything. The model contains more than 16,000 hand-set crystals, applied using the company’s proprietary Pointiage technique, and costs $8900. Only 200 of these will be made. 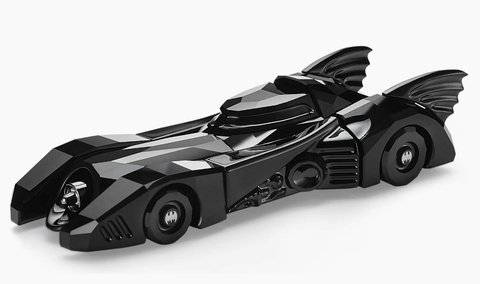 The $529 crystal Batmobile from Swarovski.
Swarovski

If that’s a bit too much coin, then the standard crystal Batmobile, featuring jet-black Swarovski crystals with 473 facets, might be more appropriate. This one is much smaller —1.3 by 5.8 by 2.3 inches—and costs just $529. There are no rubber wheels here; the whole car is crystal this time around. If you’re new to the whole display crystals thing, you can sign up for the Swarovski Club email list and get 10 percent off your first purchase. You could also buy both if you wanted to be, you know, multifaceted.

If you keep scrolling through the Swarovski shopping site, you’ll eventually find a larger limited-edition Batman non-action figure for $29,500, and he’d probably look good next to your $27,000 Rolls Royce Cullinan display model. Swarovski also offers a cheaper crystal Batman for $529, as well as a package deal of the two $529 models for $869.

While we think Alfred should be the one to keep your crystal cars in tip-top shape, if he happens to have the day off, Swarovski recommends wearing cotton gloves to avoid leaving fingerprints as you clean your models. Of, you know, if you’re some Joker who is trying to steal them.