(CNN)Outgoing Burundi President Pierre Nkurunziza died after suffering a cardiac arrest on Monday, according to a statement posted on the official Burundi government Twitter account.

The government of Burundi has declared seven days of mourning and the country’s flag will be flown at half-staff in memory of the late president, the statement read. 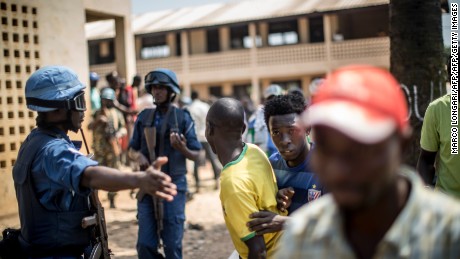 Burundian plea: 'How many people must die before you help stop the killings?'Nkurunziza was 55 and had served as president of the central African country since 2005, including a controversial third term that critics said violated the country’s constitution. Scores died in pre-election violence, as demonstrators rallying against Nkurunziza’s candidacy were met with deadly force by police.Read MoreNkurunziza survived a failed coup attempt by an army general in 2015 while the President was in Tanzania. In March 2019, the UN Human Rights office in Burundi was forced to close following concerted pressure from Nkurunziza’s government. He did not run for a fourth term in presidential elections held in May.

Nkurunziza was replaced in the May 2020 elections by a candidate from his ruling party, Evariste Ndayishimiye, after announcing he would not seek another term. According to the ruling party, Ndayishimiye won the election with more than 68% of the vote.
Correction: This story has been updated to clarify that outgoing Burundi President Pierre Nkurunziza died after suffering a cardiac arrest.