There have been 38 murders over the last 28 days, twice as much as the same period last year, according to NYPD stats as of up to June 14. So far this year, there have been 159 murders, which is 25% higher than last year, the stats show.This year’s murder count is on par with New York’s murder total five years ago and is well below the elevated murder totals of the decades before that, NYPD data shows. 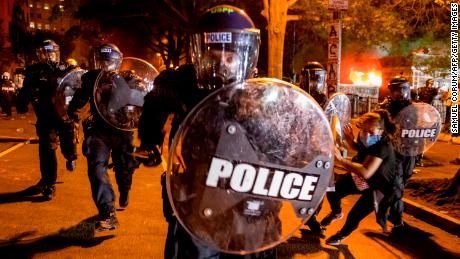 There's a growing call to defund the police. Here's what it means”The uptick in violence, I haven’t seen anything this bad in a long time,” said a law enforcement official. “This is the worst I’ve seen it in six or seven years.”Read MoreThe uptick in murders is tied to gang and drug activity, with drug dealers fighting over territory, another law enforcement official said. This week’s crime stats were released as New York’s criminal justice system adjusts to three seismic changes: the coronavirus pandemic, the effects of the state’s bail reform law, and the mass protests opposed to police brutality and racism against black people spurred by the killing of George Floyd.In addition, NYPD Commissioner Dermot Shea announced a “seismic shift” in its culture Monday by disbanding its plainclothes anti-crime team and reassigning those 600 officers to other roles.”What we always struggle with, I believe, as police executives, is not keeping crime down. It’s keeping crime down and keeping the community with us, and I think those two things, at times, have been at odds,” Shea said. 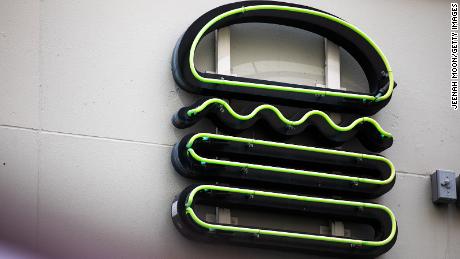 NYPD finds no wrongdoing by Shake Shack employees after officers got sick from milkshakesThe coronavirus pandemic and its mass unemployment has hammered state and local tax revenue and is likely to lead to layoffs and spending cuts to New York City’s budget. Combined with protesters’ calls to “defund the police,” the NYPD could see significant decreases in its budget in the coming year.Last week, Mayor Bill de Blasio said he plans to move some funding from the NYPD to youth and social services.A group of city council members has proposed to cut $1 billion from the NYPD’s nearly $6 billion budget. The mayor’s press secretary says de Blasio “does not believe a $1 billion cut is the way to maintain safety.”And on Tuesday, de Blasio announced a new policy requiring all body camera footage of incidents to be released in 30 days if a police firearm is discharged or if an officer’s Taser or use of force causes death or great bodily harm.Burglaries are up and robberies are downThe pandemic and New York’s extended lockdown have left storefronts largely closed and caused many residents to flee the city, and the NYPD data shows a responding increase in burglaries and car thefts.Over the last month, burglaries have sharply increased, with 1,691 incidents as compared to 759 the year before. Looting incidents that took place during demonstrations earlier in the month are included in the burglaries figure. For the year, burglaries are up 47% compared to this point last year, from 4,480 to 6,595. 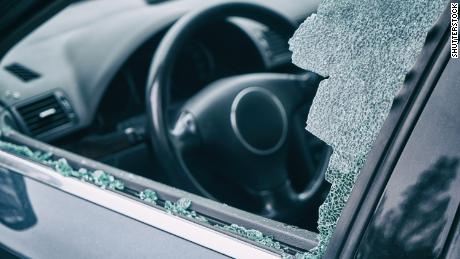 While you're stuck at home, one group has been busy: Car thievesCar thefts, known as grand larceny auto, have also increased over 60%, with 3,078 incidents happening this year, up from 1,893 at this point last year. The car theft numbers are part of a national trend as fewer Americans travel and more cars sit idle in driveways and parking garages.At the same time, comparing this past month to the same period last year, criminal complaints of rape are down 33%, complaints of robbery are down 23%, and complaints of grand larceny are down 44%, according to NYPD.

Burglary is unlawful entering a building with intent to commit a crime, grand larceny is unlawful theft of higher value items, and robbery is unlawful theft by force or threat of force.Overall, the number of arrests has gone down; there has been a 32% decrease in arrests so far this year as compared to last year.