The nooses were found around the area of Lake Merritt and have been removed, Oakland Mayor Libby Schaaf said in a tweet on Wednesday. Officers found a total of five ropes attached to various trees during a search of the area on Tuesday, according to Oakland Police Department.”Symbols of racial violence have no place in Oakland and will not be tolerated,” Schaaf said in a statement posted on Twitter. She added that the incident will be investigated as hate crimes.

Oakland resident Porchia Freeman took video of what appears to be a noose swinging from tree on near the lake on Tuesday. She said she was walking around the lake when she saw a string swinging in her peripheral vision. Freeman said she stopped in go have a better look and recorded the video.”I posted it because it was very disturbing to me and I thought I’d bring awareness to the situation,” Freeman said on a Facebook Live on Wednesday. Read MoreFreeman added that a man contacted her saying that the rope was left over from a swing he had hung on the tree.During an initial investigation, residents claimed the ropes were used for exercise, according to a press release from the Oakland Police Department. “One community member claimed ownership of the ropes and stated that he intentionally placed the ropes on the tree limbs for exercise and games several months ago,” the press release states.Schaaf also addressed these reports on Wednesday.”Reports that these were part of exercise equipment do not remove nor excuse their torturous and terrorizing effects,” Schaaf said in a statement. “We are all responsible for knowing the history and present day reality of lynchings, hate crimes and racial violence. Objects that invoke such terror will not be tolerated in Oakland’s public spaces.”The ropes have been taken down and extra patrols have been assigned to Lake Merritt, according to police. The incident is still under investigation. 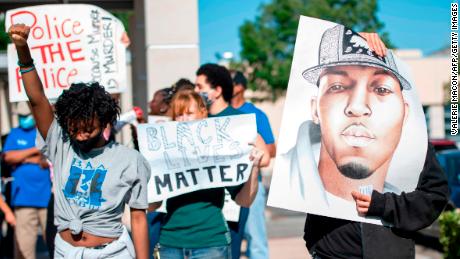 In San Bernardino County, about 50 miles away, Malcolm Harsch, 38, was found hung to death at a homeless encampment on May 31. Investigators did not find any evidence of foul play, according to the San Bernardino County Sheriff’s Department.An autopsy was conducted on June 12 and there are still no signs of foul play, the sheriff’s department said. The forensic pathologist is waiting for toxicology results before assigning the cause and manner of death.