(CNN)They fought with fists, stones, and nail-studded bamboo poles, in a bloody brawl that left around two dozen people dead.

More details are emerging about a violent clash late Monday night along a disputed border between India and China high in the Himalayas, which has ratcheted up tension between the two nuclear-armed neighbors and left officials on both sides scrambling to deescalate. CNN has obtained satellite images taken June 16 by Planet Labs, Inc. that show two groups of buildings and trucks in the Galwan Valley-area where the violence occurred.

It’s unclear who the buildings and trucks belong to. CNN has shown them to regional and military experts that have not been able to verify which country is responsible for them.However, their proximity to the Line of Actual Control highlights just how volatile the situation is. 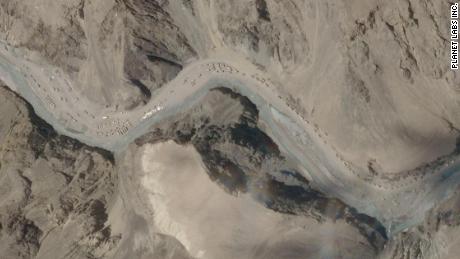 CNN has obtained satellite images from Planet Labs, Inc. that show two groups of buildings and trucks in the Galwan Valley-area.Read MoreA source in the Indian military told CNN that the dispute started over a Chinese tent that was constructed on Sunday night. Indian troops, according to the source, tore it down. On Monday, Chinese troops armed with stones and bamboo sticks with nails returned, the source said, and attacked unprepared Indian troops. CNN is unable to independently confirm this account of events and China has to yet to give their official account of Monday’s events.At least 20 Indian soldiers died in the skirmish. China also suffered casualties in the confrontation, the Indian army said, though neither side has released any figures. 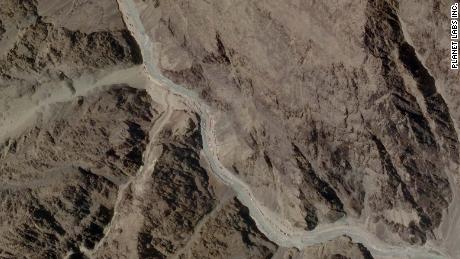 It’s unclear who the buildings and trucks belong to but their proximity to the Line of Actual Control highlights just how volatile their presence.Prime Minister Narendra Modi has responded to the violent face-off, saying that India does not “instigate” and will not compromise on “integrity and sovereignty.” “India wants peace, but if instigated, India at all costs is capable of giving an appropriate response,” Modi warned in a strongly worded statement, which still left the door open for deescalation.In a phone call on Wednesday with his Indian counterpart, Chinese Foreign Minister Wang Yi urged India to “strictly control its frontline troops and immediately stop all provocative actions,” according to a statement released by the Chinese Foreign Ministry.”The Indian side must not misjudge the current situation and must not underestimate China’s firm will to safeguard territorial sovereignty,” Wang was quoted as saying.The statement added that China and India had agreed to “cool down” the situation at the border.During the call, India’s External Affairs Minister Subrahmanyam Jaishankar said that China’s actions were “pre-meditated and planned,” according to an Indian government statement.Jaishankar said the clash would have a serious impact on the two countries’ bilateral relationship, the statement added. The incident is only the latest crisis for Modi, who is already facing intense criticism over his government’s handling of the coronavirus pandemic, which has infected more than 354,000 people across the country, and killed nearly 12,000, according to Johns Hopkins University. Multiple Indian states have extended their lockdowns as they struggle to contain the outbreak. “The timing is just terrible all around,” said Alyssa Ayres, senior fellow for India, Pakistan, and South Asia at the Council on Foreign Relations. “India is grappling with an economic crisis that began prior to but has been dramatically worsened by the coronavirus lockdown, and is still seeing a slow case increase so must face the public health implications, and now has live border problems with three countries: Pakistan, China, and Nepal.” Modi spoke about the confrontation on a conference call Wednesday with chief ministers of Indian states, who observed a two-minute silence to pay tribute to those who died.The Prime Minister has called for an all party meeting on Friday “to discuss the situation in the India-China border areas.” 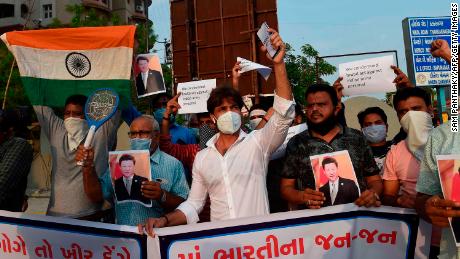 Demonstrators hold placards and shout slogans as they protest against the killing of three Indian soldiers by Chinese troops, in Ahmedabad, India on June 16, 2020.Deadly brawlThe incident occurred during a “deescalation process” underway in the Galwan Valley in the disputed Aksai Chin-Ladakh area, where a large troop buildup has reportedly been taking place for weeks now on both sides of the border, before senior military commanders began talks earlier this month.The Indian army had earlier said three soldiers had died, but added late Tuesday that a further 17 troops “who were critically injured in the line of duty at the standoff location and exposed to sub-zero temperatures in the high altitude terrain have succumbed to their injuries.”The deaths are the first military casualties along the two countries’ disputed border for more than 40 years. 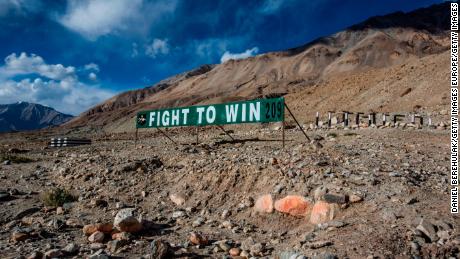 Why are China and India fighting over an inhospitable strip of the Himalayas? A source with the Indian armed forces said Chinese troops assaulted their Indian counterparts on Monday. The source added that there was “intent to harm the Indian soldiers.””They used stones, bamboo sticks with nails to attack the Indian soldiers. The Indian soldiers were not ready for the assault,” said the source, adding that the brawl led to severe injuries, which were exacerbated by the sub-zero temperatures and high altitude. The clash lasted between four to five hours and that by the time Indian reinforcements got to the spot, many had lost their lives, the source said. CNN is unable to independently confirm this account of events. 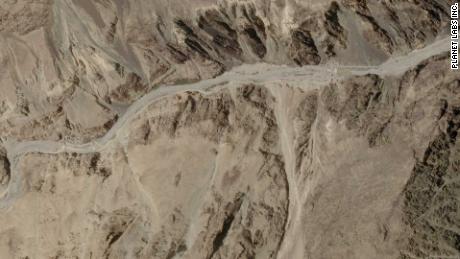 The standoff in the valley began over a tent, according to a source in the Indian army “The loss of soldiers in Galwan is deeply disturbing and painful,” India’s defense minister, Rajnath Singh, tweeted Wednesday. “Our soldiers displayed exemplary courage and valour in the line of duty and sacrificed their lives in the highest traditions of the Indian Army.At a regular news conference Tuesday, China’s Ministry of Foreign Affairs spokesperson Zhao Lijian said that on Monday, “Indian troops seriously violated our consensus and twice crossed the border line for illegal activities and provoked and attacked Chinese personnel which lead to serious physical conflict between the two sides.”Doubling down on that narrative on Wednesday, Zhao told reporters: “The right and wrong of this is very clear. This incident happened at the Chinese side of the line of actual control. China is not to blame for this.”China’s People’s Liberation Army (PLA) released a statement Tuesday night calling on the Indian army to immediately stop what it described as “provocative actions” and to “resolve the issue through the correct track of dialogue and talks.””The sovereignty of the Galwan Valley region has always belonged to China,” Zhang Shuili, the spokesman of the Western Theater said in a statement on China’s Ministry of Defense website. “Indian troops violated its commitment, crossed the borderline for illegal activities and deliberately launched provocative attacks.”Zhang added that the “serious physical conflict between the two sides” had “resulted in casualties.”Hu Xijin, editor of the Chinese government-backed tabloid Global Times, said on Twitter that the fact China had not released a casualty figure was a sign of “goodwill from Beijing.””My understanding is the Chinese side doesn’t want people of the two countries to compare the casualties number so to avoid stoking public mood,” said Hu, who has strong ties to the Chinese leadership and military.His conciliatory tone is a striking contrast to the jingoistic chest-thumping of his newspaper in recent weeks, which has published article after article on Chinese troop maneuvers, armaments and military might in the region.Growing tensionsTensions have been growing in the Himalayas along one of the world’s longest land borders since last month, with New Delhi and Beijing both accusing the other of overstepping the Line of Actual Control (LAC), the loosely defined demarcation line that separates the two nuclear armed neighbors. The LAC, which runs between Chinese-controlled Aksai Chin and the rest of the disputed Jammu and Kashmir region, was drawn up in the wake of the India-China border dispute in 1962. The reported troop build up along the line has led to concerns that the two sides could again be inching towards conflict, particularly as both Chinese and Indian media have published calls for action.Both Modi and Chinese President Xi Jinping have built public support in large part on nationalism and a promise of future greatness. This often translates into aggressive rhetoric, particularly when playing to a domestic audience.Such an approach was evidenced in Chinese coverage of recent PLA maneuvers in the Himalayas. Equally, despite Delhi’s public calls for easing tensions, leading Indian government figures have struck an aggressive tone, with Home Affairs Minister Amit Shah telling a rally of the ruling Bharatiya Janata Party (BJP) earlier this month that “any intrusion into the the borders of India will be punished.””Some used to say that US and Israel were the only countries which were willing and capable of avenging every drop of the blood of their soldiers,” Shah said. “(Modi) has added India to that list.”

Writing for CNN this month, retired Indian general Singh said that part of the problem is that the de facto border, the LAC, is so ill defined.”At strategic and operational levels, both militaries have exercised restraint,” he said. “However, at the tactical level, face-offs occur due to differing perceptions of where the actual border is as the LAC is not delineated on the ground. While face-offs get resolved locally, those related to the building of infrastructure, such as roads and defence fortifications, invariably take longer and require a combination of military and diplomatic initiatives.”