(CNN)A former “Miss Hitler” pageant entrant and her partner have been jailed in the UK for belonging to the extreme right-wing neo-Nazi group National Action.

Tuesday’s sentencing comes after Alice Cutter, 24, and her partner Mark Jones, 25, were convicted of membership of a terrorist group at a trial in March, alongside Garry Jack, 24, and Connor Scothern, 19, West Midlands Police said in a statement. National Action became the first far-right group to be banned under Britain’s terror laws in December 2016. It is a criminal offense in the UK to be a member of the organization, which has been described by the country’s Home Office as “virulently racist, anti-Semitic and homophobic.” 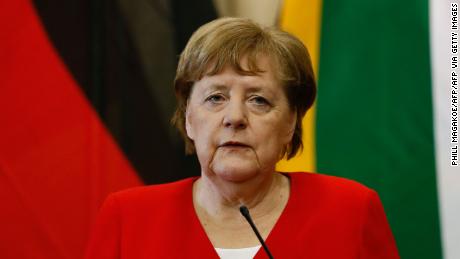 Angela Merkel lambasts her party's cooperation with far-right AfDAccording to police, the four became members of the neo-Nazi group and met regularly to share their extreme ideology and attend demonstrations. When the organization was banned, police noted that the group held secret meetings to discuss their ambitions for a race war, recruited young people to the group and shared “intensely shocking” images mocking the Holocaust and glorifying Hitler.Read MoreAt sentencing on Tuesday, Cutter and Jones were jailed for three years and five and a half years respectively, while Jack received a four and a half year sentence, and Scothern 18 months, police said. Another man, Daniel Ward, 29, pleaded guilty at a previous court hearing and was jailed for three years last July. 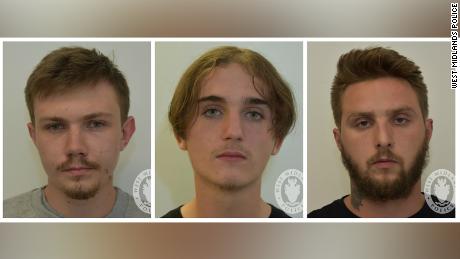 Garry Jack, Connor Scothern and Daniel Ward, members of the banned extreme right-wing neo-Nazi group National Action. Cutter, who entered the “Miss Hitler” beauty competition as Miss Buchenwald — a reference to the Nazi death camp — denied being a member of the group, despite attending rallies where banners reading “Hitler was right” were raised, PA news agency reported.Judge Paul Farrer QC told Cutter that while she did not hold an organizational or leadership role in the group, she was a “trusted confidante” of one the group’s leaders, as well as being in a “committed relationship” with Jones, PA reported.Farrer noted that Jones had “a significant role in the continuation of the organization” after the ban. 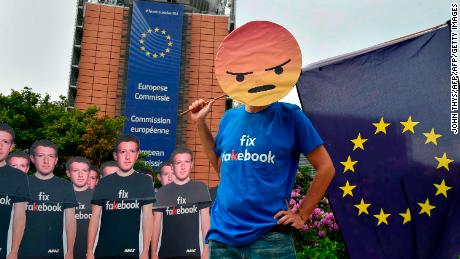 Facebook was flooded with far-right content ahead of the EU election, campaigners sayThe court heard that all four had denied membership of National Action, but had attended a post-ban meeting of senior leaders and members in 2017, according to PA. In a statement, Detective Chief Superintendent Kenny Bell, head of West Midlands Counter Terrorism Unit, said that authorities have seen a “significant increase” of right-wing referrals to the Prevent counter-terrorism program.

“Terrorists and extremists use this kind of ideology to create discord, distrust and fear among our communities and we strive to counter this. I would encourage people to report hate crime to us and it will be taken seriously,” he said in a statement. Ahead of sentencing, director of public prosecutions Max Hill QC described National Action members as “diehards” who “hark back to the days of not just anti-Semitism, but the Holocaust, the Third Reich in Germany,” PA reported.