(CNN)The city of Louisville, Kentucky, and its police department are taking the first steps toward firing an officer involved in the fatal shooting of Breonna Taylor last March.

Mayor Greg Fischer has initiated termination proceedings against Louisville Metro Police Det. Brett Hankison, Fisher said in a statement, without elaborating. The 26-year-old African American EMT was killed when police broke down the door to her apartment in an attempted drug sting and shot her eight times. Hankison and two other officers remain on administrative leave.

In a letter to the officer Friday from interim chief Robert Schroeder, Hankison is accused of “blindly” firing 10 rounds into Taylor’s apartment.”I find your conduct a shock to the conscience,” Schroeder wrote. “I am alarmed and stunned you used deadly force in this fashion.” Read MoreSchroeder added, “The result of your action seriously impedes the Department’s goal of providing the citizens of our city with the most professional law enforcement agency possible. I cannot tolerate this type of conduct by any member of the Louisville Metro Police Department. Your conduct demands your termination.” Lonita Baker, an attorney for Taylor’s family, said they’re “excited to get this news and are encouraged by it.” “This is just one step though,” Baker added. “We’re waiting for the other officers to be held accountable and for additional charges to be filed but this is a step in the right direction.”Baker said Breonna’s mother “enjoyed getting this bit of news.”There was no immediate comment from the police union and Hankison’s attorney.Hankison will have an opportunity to address the termination and provide his side of events to Schroeder and other police officials at a later date.The administrative charges against Hankison include violations of obedience to rules and regulations, and the use of force. The officer’s actions “displayed an extreme indifference to the value of human life” and “created a substantial danger of death and serious injury” to Taylor and three occupants who lived next door. 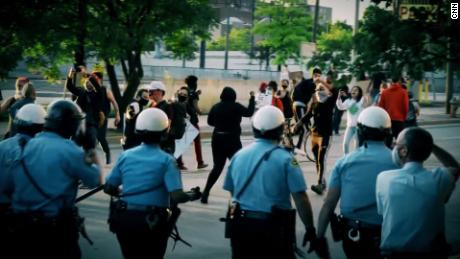 Police unions stand in the way of lasting reform”In fact, the ten (10) rounds you fired were into a patio door and window which were covered with material that completely prevented you from verifying any person as an immediate threat or more importantly any innocent persons present,” the letter said. The letter said Hankison had been disciplined in January 2019 for reckless conduct that injured an “innocent person.” It did not elaborate. The story of Taylor’s life and death became part of the larger worldwide outcry against police violence that exploded after the death of George Floyd in late May.The officers were executing a search warrant in a narcotics investigation, according to the Louisville Metro Police Department, when they entered Taylor’s apartment just before 1 a.m. on March 13.Taylor’s family filed a wrongful death lawsuit two months after her killing, claiming charges of battery, wrongful death, excessive force, negligence and gross negligence.The no-knock warrant issued by police included Taylor’s house because, according to a police affidavit for a search warrant for the raid, which was obtained by CNN, authorities suspected a man involved in a drug ring was receiving packages of drugs at her home.On May 21, the FBI’s Louisville office announced it was opening an investigation into the circumstances surrounding her death.FBI agents were at Taylor’s home on Friday.”When investigating potential civil rights violations, the FBI will take a fresh look at all the evidence, including interviewing witnesses who have already spoken to the original investigating agency, interviewing witnesses who have not yet spoken to law enforcement, and examining all physical and video evidence to better understand what transpired. Today’s action is part of this process,” the FBI office said in a statement. 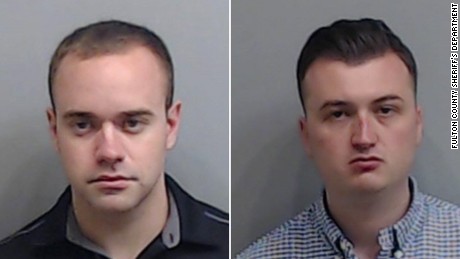 Officer accused of killing Rayshard Brooks is moved from a jail over security concerns The three officers involved in Taylor’s shooting are on administrative leave, according to the Louisville Courier-Journal. But they have not been charged with any crimes.Louisville Metropolitan Police announced in late May it would require all sworn officers to wear body cameras. The LMPD also said it would change how the department carries out search warrants in response to Taylor’s death. Fischer said the changes were the first steps the city would take toward improving police accountability.LMPD Chief Steve Conrad said he would be retiring at the end of June but was removed from his post on June 1 after it was discovered the officers present at the shooting death of a black man named David McAtee during a Louisville protest did not have their body cams turned on.

Taylor’s name has been a fixture in the recent protests spurred by Floyd’s killing in Minneapolis. Some demonstrations have been specifically in her memory.Taylor would have been 27 years old on June 5.