Halle Berry and the erasure of Black trans people in Hollywood

This week Halle Berry reversed her decision to consider playing a transgender man in an unnamed film.”Over the weekend I had the opportunity to discuss my consideration of an upcoming role as a transgender man, and I’d like to apologize for those remarks,” the actress said in a tweeted statement. “As a cisgender woman, I now understand that I should not have considered this role, and that the transgender community should undeniably have the opportunity to tell their own stories.”

The controversy erupted after Berry discussed the role last week during an Instagram Live. It called attention to timely discussions about representation in the entertainment industry and society in general.While the Black Lives Matter movement has been at the forefront since the death of George Floyd, there is at the same time a growing conversation about making sure Black members of the LGBTQ community are not excluded from that narrative.Read MoreLast month the murders of two Black trans women, Dominique “Rem’Mie” Fells, 27, of Philadelphia and Riah Milton, 25, of Cincinnati, sparked Black Trans Lives Matter rallies across the country.The Human Rights Campaign reports that “2020 has already seen at least 21 transgender or gender non-conforming people fatally shot or killed by other violent means. We say at least because too often these stories go unreported — or misreported.” Berry’s decision attracted the attention of the Twitter account for the Netflix documentary “Disclosure.”The doc is co-produced by trans actress Laverne Cox, who is one of the stars of “Orange Is the New Black,” and examines television and movie depictions of transgender people.

Thank you @halleberry for listening and learning. We hope #DisclosureNetflix is one of many educational tools you and others can rely to inspire and strengthen allyship. https://t.co/SA71QFsgAN

“Thank you @halleberry for listening and learning,” a tweet from the @Disclosure_Doc read. “We hope #DisclosureNetflix is one of many educational tools you and others can rely to inspire and strengthen allyship.”Last year, trans actress Trace Lysette talked to me, my colleague Sandra Gonzalez and podcast maven and author Kristen Meinzer for our CNN podcast, “Lisa, Sandra and Kristen Go to the Movies.”Lysette, who is one of the stars of “Transparent” and appeared in the film “Hustlers,” said “It’s been kind of scarce for us trans folks in terms of seeing trans actors in films specifically.””TV, we’re making some headway, just now,” she added. Trans actors of color have had an even tougher time with visibility.Lena Waithe, a prominent writer, producer and creator of several series, including “The Chi,” has been a vocal advocate for greater inclusion of LGBTQ stories on screen and the need to depict the particular violence and discrimination the Black LGBTQ community faces.Waithe, who is a lesbian and in 2017 became the first African American woman to win an Emmy for outstanding writing for a comedy series, popped up in the comments for a recent Instagram Live throwdown between gospel artists Kirk Franklin and Fred Hammond.The “Master of None” star and writer urged the pair to also acknowledge that Black trans lives matter when they called out the names of unarmed Black people who have been killed by police.Franklin and Hammond did not respond. Remembering Nick Cordero 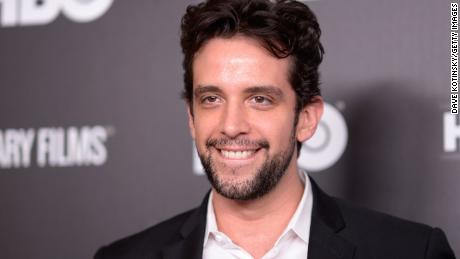 Nick Cordero (Photo by Dave Kotinsky/Getty Images)The death of Broadway actor Nick Cordero at the age of 41 following his battle with Covid-19 socked plenty of people in the gut.Cordero’s wife, Amanda Kloots, reached thousands via her updates about him on her verified Instagram account.The postings shared all the highs and lows of his battle and a daily 3 p.m. sing-along became a welcomed ritual for those joined together in supporting him.Kloots kept the tradition going for one final sing-along after his death and it was deeply emotional. The actor was so beloved that a MoveOn.org petition has gathered more than 20,000 signatures in a campaign to get the Longacre Theatre name changed to the Nick Cordero Theater.Cordero, who made his career playing tough guys, starred there in “A Bronx Tale: The Musical.” So for many it feels a fitting tribute to a man whose final months of life resonated with friends, family and fans. Tom Hanks is on a simple crusade 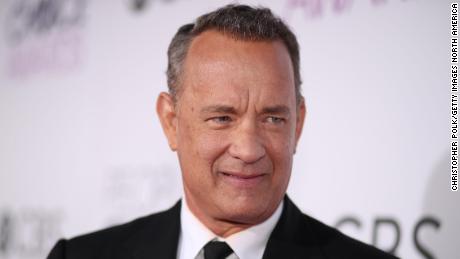 Tom Hanks (Photo by Christopher Polk/Getty Images for People’s Choice Awards)It sounds basic, but nothing in this politicized era is ever simple.Tom Hanks has been advocating heavily for people to wear masks.The “Greyhound” star reportedly recently talked about face coverings during a promotion for that film.”There’s really only three things we can do in order to get to tomorrow: Wear a mask, social distance, wash our hands,” he was quoted as saying. “Those things are so simple, so easy, if anybody cannot find it in themselves to practice those three very basic things — I just think shame on you.”On Tuesday, Hanks, who along with his wife, actress/singer Rita Wilson, survived having coronavirus, talked about masks on “Today.””Wear a mask, social distance, wash your hands,” Hanks said. “That alone means you are contributing to the betterment of your house, your work, your town, your society as a whole and it’s such a small thing.”If you can’t listen to the man who played Mr. Rogers, who can you believe? Obsessed with …You got me again, Netflix.”Unsolved Mysteries” is sooooo good, even if the reboot doesn’t have Robert Stack as host (he died in 2003).The new show is, IMO, some of the best true-crime-story streaming at the moment.The first episode followed the case of aspiring screenwriter Rey Rivera, who died in 2006 in my hometown of Baltimore. His body was found punched through the roof of what was then a hotel called The Belvedere.Did he fall? Was he pushed? And what about the weird letter his wife found after his death?The second episode is centered around Georgia hairstylist Patrice Endres, who disappeared in 2004 and whose remains were found two years later.Since I now live in Georgia and I’m familiar with the city of Cummings where Endres lived and died, I felt particularly drawn to this series.Of course, Reddit is already on the case (actually cases), much to the delight of all of us armchair detectives. Move over, ‘The Bachelor’” allowfullscreen>Looking for something to watch next week?Get ready for “Indian Matchmaking,” a new eight-part series on Netflix. The show follows matchmaker Sima Taparia “as she guides clients in the U.S. and India in the arranged marriage process, offering an inside look at the custom in a modern era,” according to a Netflix description.It sounds like just the kind of “summer romance” reality show junkies will love.

Fingers crossed that it has the charm of two other Netflix project’s — Mindy Kaling’s comedy “Never Have I Ever,” about an Indian American family, and the hot mess-ness of the dating show, “Love Is Blind.” This column from CNN Senior Entertainment Writer Lisa Respers France will become a weekly newsletter later this summer.