(CNN)A bipolar Queens man holding a sword died after being tased by police officers on Sunday, according to NYPD.

New York Police Detective Sophia Mason said that officers were responding to a 911 call about a man with a gun when they went to the home of 29-year-old George Zapantis. Once there, police say they found Zapantis holding a sword and “refusing to comply with officers’ directives,” according to Mason. Mason said Zapantis approached the officers with the sword in his hand, at which point he was stunned with a Taser by police.

“According to police, there was a confrontation at the door,” George Vomvolakis, an attorney for the Zapantis family, told CNN Wednesday. 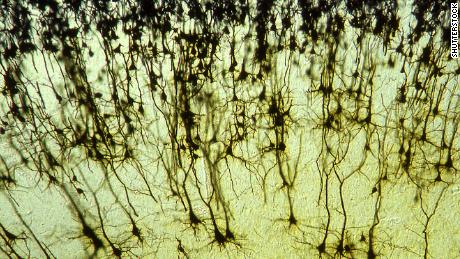 Psychiatric illnesses share similar gene activity, study suggestsVomvolakis confirmed that Zapantis had been diagnosed with bipolar disorder for which he’d been prescribed medication. Read MoreThe attorney said this should have been known to the local precinct, as they have answered calls to the Zapantis’ apartment in the past. “They knew that there was an emotionally disturbed person at this address,” Vomvolakis said. “They should have sent appropriate personnel, and they didn’t.”CNN has reached out to NYPD for comment but has not yet heard back.Vomvolakis said Zapantis lived in the apartment with his mother and his disabled sister, both of whom were out of the apartment at the time the police arrived. According to Vomvolakis, the police were called by a third party following an argument between Zapantis and his upstairs neighbor regarding a flood light in the back yard — the neighbor wanted it off, and Zapantis wanted it on. Though the pair was shouting, Vomvolakis said, “by the time police arrived, the argument was over.” CNN was unable to reach Zapantis’ upstairs neighbor for comment.Vomvolakis shared with CNN a series of three short video clips he says were taken by an upstairs neighbor. It’s unclear if these were cut or uncut by the neighbor, something CNN is working to confirm.In the first clip, six officers can be seen in a narrow alleyway around a side door. Zapantis is in the doorway, partially obscured from view by the officers and an overhanging roof. He is wearing a white undershirt and no weapons are visible. “Put your hands behind your back and stop, you understand me?” one officer seen in one of the video clip shouts.Another clip of the video shows two officers holding their yellow Tasers and one appears to have already been fired, its electrode wires stretched in Zapantis’ direction. Multiple officers can be heard shouting, “Get down, get on the ground.”One of the officers in a video clip says, “You’re going to get Tasered again if you don’t get down.””Hit him again!” one officer says almost immediately. “Get down on the ground!”There’s a popping sound as a second Taser is fired. Zapantis moans and swears before saying “Help! Help! Help!””Put your hands behind your back,” an officer shouts.The last video clip ends before the encounter is over.The upstairs neighbor with whom Zapantis was arguing told Vomvolakis that neighbors repeatedly shouted down to police that Zapantis suffered from mental health problems. But the sound of them shouting can’t be heard in the video. It’s unclear if their alleged warnings happened before or after the video clips were captured.Police said Wednesday that Zapantis was “subdued and suffered a medical condition/cardiac arrest.”EMS brought Zapantis to a hospital in Queens, where he was pronounced deceased, Mason, the detective said. CNN has reached out to New York-Presbyterian Hospital in Queens for comment.”They never should have sent regular police officers”, Vomvolakis said Wednesday. “The system failed him.”

“This could have been deescalated,” he continued. “If they thought their lives were in danger enough to use lethal force because he had a samurai sword, they should have used their guns. The fact they used their Tasers means they were just trying to control the situation easier.”Mason said that the incident is being investigated by the department’s Force Investigation Division.